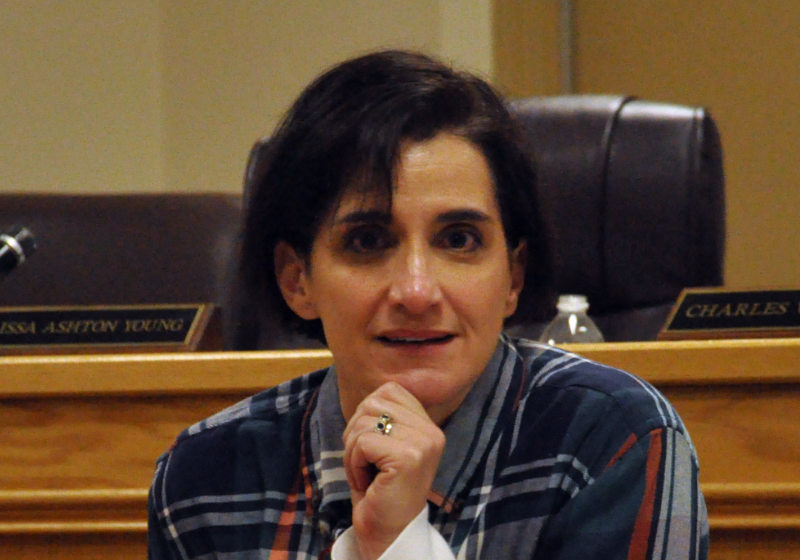 More apartments for Jenkintown. Jeffrey Lustig came before council seeking approval for his plans to build apartments on the second and third floor of the Wells Fargo bank building at the corner of York and West. He got it, but not before the owner of Buckets voiced his concerns about — what else — parking. Credit goes to Council president Deborra Sines-Pancoe for pointing out to Mr. Bramen that his signs posted all around his lot warn that he will tow cars that don’t belong there.

Parking meter fees will be doubling, from twenty five cents to fifty cents per hour.

The Borough has issued a demolition permit for the Salem Baptist Church property. Look for wrecking balls soon.

Melissa Ashton Young Resigns — right on time. Council’s agenda listed its intent to accept the resignation letter of Melissa Young and then to appoint Maxine Marlowe, a former council member, to her post. These two agenda items were tabled without explanation. Ms. Young has largely been AWOL on the board in the past year and made no secret of her displeasure of serving. Her term was set to expire this year, but in a classic tactic, she will resign early to allow for an appointment and to avoid any primary fight. Democracy at work!

Mayor Dobbs is camera shy? Someone needs to explain to our elected representatives, maybe upon swearing in, that they are public officials and when in a public hearing, they have no right to privacy. So, when a reporter or a citizen comes and starts taking pictures, maybe they should just shut up and deal with it. When I pointed my camera at Mayor Allyson Dobbs (above), she launched a tirade about my rudeness. “What would David Sedaris think?” Madame Mayor, I don’t give a rat’s ass what David Sedaris thinks.

Bunker suggests selling our sewers to Aqua. Social Media Bully and Council Vice President Rick Bunker raised an obvious question not asked at this months earlier public works hearing: In the face of the huge bill faced by the borough for sewer remediation and redirection from Cheltenham to Abington, why not just sell off the sewers to Aqua? As previously reported, Aqua is expected to close a deal to take over Cheltenham’s system, which may lessen our financial burden, but perhaps we can kill two birds. Pros and cons on both sides, so expect this issue to dominate community discussion for much of this year.