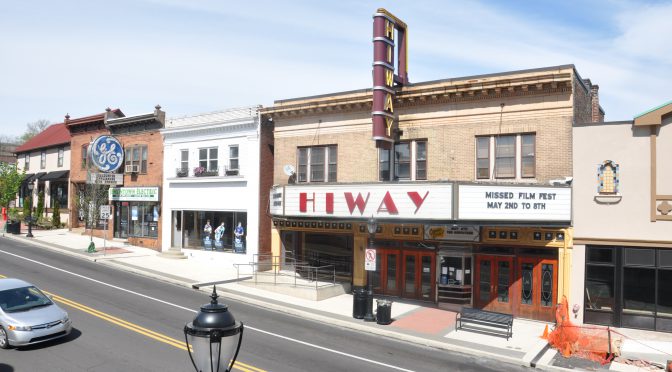 What is the purpose of this site?

The primary purpose is to bring attention to the quality of Jenkintown’s pedestrian infrastructure, and to find a better way to pay for improvements. However, because of the extensive amount of time we’ve spent dealing with the Borough over this matter, we’ve expanded our mission to generally improving Jenkintown Borough’s governance.

What’s wrong with our sidewalk ordinance?

Many things. It costs too much, it’s arbitrarily applied, and it produces substandard results. It also presents potential sudden and unnecessary hardships for residents who might not have the cash on hand to perform the work. Our sidewalk repairs have cost us exactly one brand-new, long-overdue furnace upgrade.

Very simply, we’d like to see sidewalks given the same priority as the roads. Sidewalks are part of the public works and as such should be administered and financed publicly. Jenkintown promotes itself as walkable community, but it spends more money and puts more effort into making it drivable and parkable.

Won’t that raise our taxes?

It depends mostly on you. A quick study of the Borough budget finds plenty of discretionary income to shift towards a better pedestrian infrastructure.

What would you eliminate?

We can sit down and talk about that in person pretty much anytime it’s convenient for you. Email us.

Like most government entities, Jenkintown would be able to legislate liability caps related to physical damage to the sidewalks and curbs. However, homeowners would still be responsible for keeping the walkways clear and free of obstructions. This is the way things work in many other towns.

Who shovels the snow?

Homeowners would still be expected to keep their walkways safe and clear of obstructions.

Why should anyone listen to you?

I’m not a civil engineer, nor am I an urban planner, but I’ve studied this topic intensely for the past thirty years, evidently far more than anyone serving on Council. I am also a member of StrongTowns.org.

As publisher of Roadside Magazine and RoadsideOnline, I’ve interviewed many people about the benefits of walkable communities. In that capacity, I’ve visited dozens of places that do it right and do it wrong. Jenkintown, right now, is on the fence, but compared to the places we’d like to emulate, it leans the wrong way.

Why don’t you just move?

Were it so easy! We have a daughter in the school here to consider, and the location is convenient for Louise’s job. Speaking for ourselves, we would never ask such a question of someone working as we are, putting hours and hours of our own time in an effort to make things better. The question is simply callous.

You’ve said we don’t own that land, but others said we do. What’s the truth?

According to the Montgomery County Recorder of Deeds, the right of way is public property, at least on Runnymede Avenue. You can easily look up your property at the County website to see where your property generally ends and the right-of-way begins. More accurate maps are on file at the Assessor’s Office.

Why don’t you just do the work and move on?

We have completed it under threat of onerous fines — $185 per day. We attempted to raise the money via a GoFundMe campaign, but at the last minute discovered that Louise’s late mother’s estate, the last owner of our house, had funds sufficient to complete the work.

By the way, the initial letter sent by the Borough declared that in the event the homeowner did not complete the work themselves, the Borough would do it and pay for it via a lien on our property. They then reneged on that promise, without a vote from the Borough Council.

You keep harping on the new parking lot? Where are people going to park?

Just like with sports stadiums, we strongly believe that if private enterprise wants something they feel will benefit them, then private enterprise can pay for it and build it themselves. When government subsidizes these facilities, it’s is almost always a losing proposition for taxpayers. Already, Jenkintown’s parking fund runs a deficit. Remember that when the Borough again raises our taxes in 2019 as they have already promised.

The Lindy Company has brought many welcome changes to Jenkintown by buying several buildings and rationalizing the rents for the stores, but if you ask Lindy to buy that parking lot for what we paid for it, they wouldn’t. Its market value is nowhere near what Jenkintown and the state paid for it.

We would rather the Borough take a more creative approach to this issue. Perhaps it could offer a tax break to the owners of private lots who share their spaces after 5pm. Jenkintown has plenty of parking, but the owners don’t make it available to the public.

You can’t fight city hall. When are you going to give up?

Probably never. We’ve been involved with these issues ever since reading James Howard Kunstler’s The Geography of Nowhere. We’ve engaged in similar campaigns when living in Worcester, Mass.

Besides this blog, we are continually reaching out to other organizations concerned with these issues. It is our goal to show the whole country how Jenkintown and the rest of Pennsylvania does this wrong.