HomePolicyPaying for steak, getting McNuggets 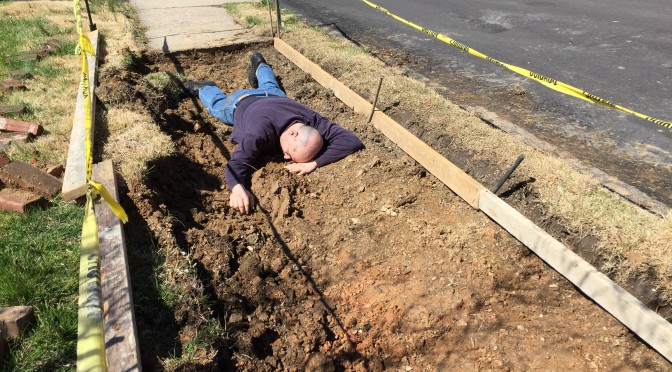 According to George Locke, Jenkintown residents pay double what it would cost the borough to repair our sidewalks and curbs on a wholesale basis.

Despite the hardship to our family, we have applied for our permit to repair our sidewalk. The borough marked off four blocks, but we will do six in order to have a more uniform look to our walkway. That leaves three blocks and our driveway apron for the next resident who decides to live in our bucolic community to fix. We could not have done this without the generous cooperation of our contractor.

In our discussions with this contractor, we learned about an elderly couple in their 90s on Rodman facing an $11,000 bill thanks to Jenkintown’s arbitrary and capricious pedestrian infrastructure  policy. I don’t know about you, but if I live that long and keep my wits, I’d tell the borough what they could do with their sidewalks.

For those who don’t live here, you might be wondering why more people don’t speak up about this issue. I can report that there is no shortage of outrage, and that Borough Council President Deborra Sines-Pancoe and Vice-President Rick Bunker lie through their teeth when they claim that no one has complained about this process. To a person, everyone I spoke with directly finds this system outrageous.

Which brings us back to Borough Manager George Locke’s estimate for repairing all of Jenkintown’s sidewalks and curbs. Last September, in response to our published research on the topic, Mr. Locke told Council that it would cost the borough $7,656,510 to do most of the borough-owned streets. He based his estimate on PennDOT’s “bid history list”. Mr. Lock neglected to remind Council that any sensible maintenance program would spread the work out over 30 to 40 years. The sidewalk blocks marked for repair in front of our house were poured in 1938, almost 80 years ago.

We had one contractor estimate $3800 to rebuild 30 linear feet of curb and 64 square yards of sidewalk. Using PennDOT’s “going rate”, the borough would pay $1690, or nearly half our cost for the same job.

See how much your project would cost the borough by using our new calculator at right. Compare that number with what you have to pay.

This doesn’t even touch upon the cost and the wisdom of the Borough’s current pavement program and its current scope. Did they need to pave so much so fast? Highly debatable.

If you accept as I do that much of these funds are discretionary (i.e. better spent elsewhere), then you have a total of about $220,000 per year to put into a sensible 40-year sidewalk maintenance program without raising taxes a dime.

Granted, the Borough has already committed much of this money, but without public pressure, they will continue to allow this folly to continue, and you and I will continue to be played for chumps, shelling out thousands of dollars more than we should every year and getting a garbage streetscape.