HomeLatest NewsWhy do anything once? 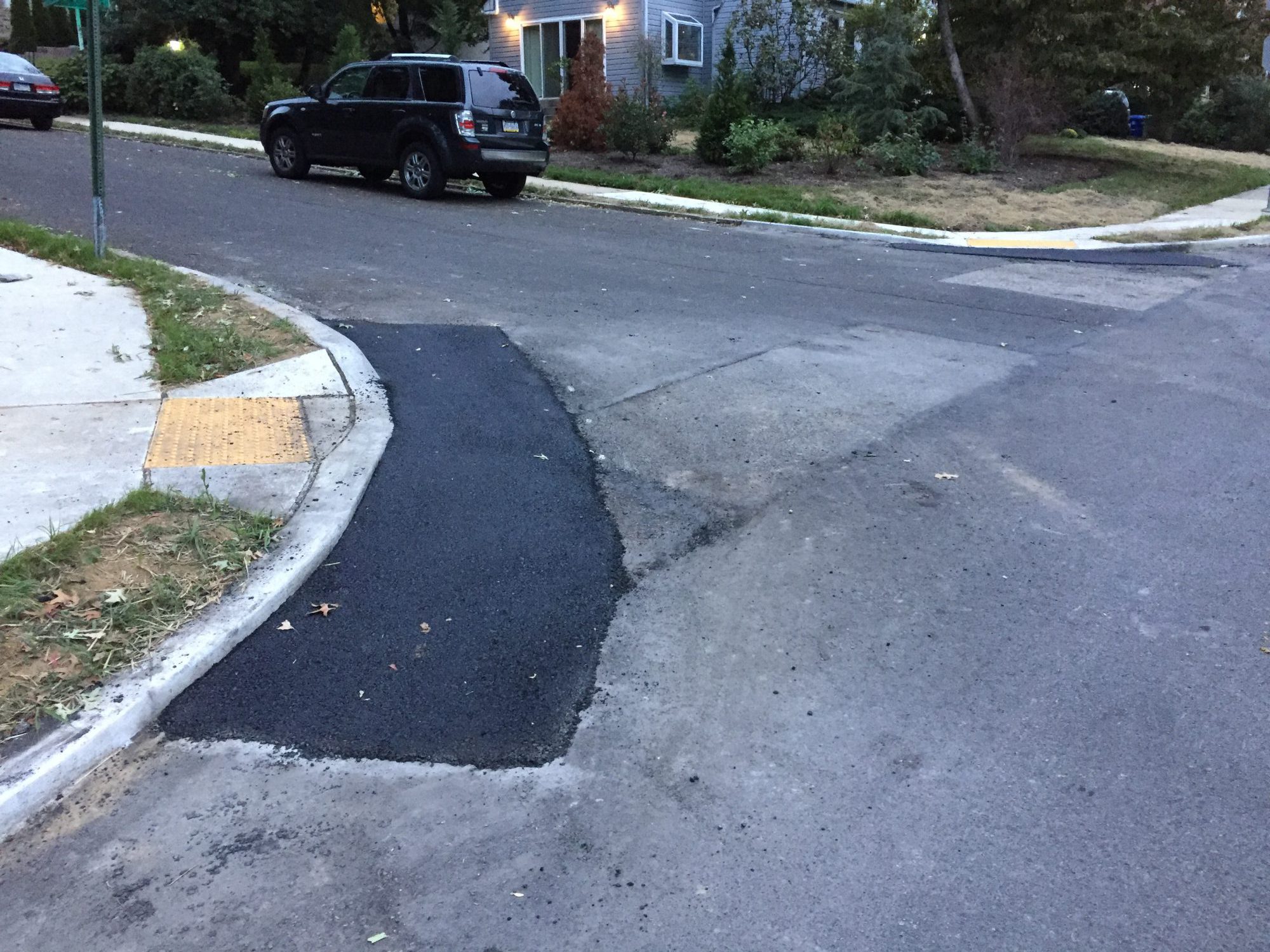 Update: Looks like our headline will pack a bigger wallop of relevance than expected. According to the Borough Council’s meeting minutes, PECO plans to replace gas mains on not only Rodman next year, but Runnymede as well. So much for our nice fresh pavement. Did anyone consult with PECO about their plans to do this? Unlikely.

We awoke this morning to the sound of stone saws carving up the pavement in front of the brand new ramps at the corner of Runnymede and Rodman. The Borough had led us to believe that they would repave Rodman Avenue before the end of this year as part of their overreaching paving program, so it begs the question:

Why work on something that you plan to rip up anyway?

The patchwork applied smoothed out the oddly angled ramp edges, so that the width of a wheelchair could roll with ease into the road. Why they didn’t construct the concrete to match the surface in the first place presents a mystery to us in the first place, but it now looks like the work done at at least six corners just today by at least three or four Jenkintown DPW employees will eventually be ripped up whenever the Borough gets around to repaving Rodman Avenue.

The Borough does unintentionally make for a good argument why we shouldn’t trust them with a wholesale sidewalk and curb repair program. Perhaps this is the real reason for Council’s intransigence — no confidence in its own employees to handle the big jobs. If this is how they manage repaving, perhaps we’re better off.

Or maybe it’s time to clean house and employ people who know what they’re doing.