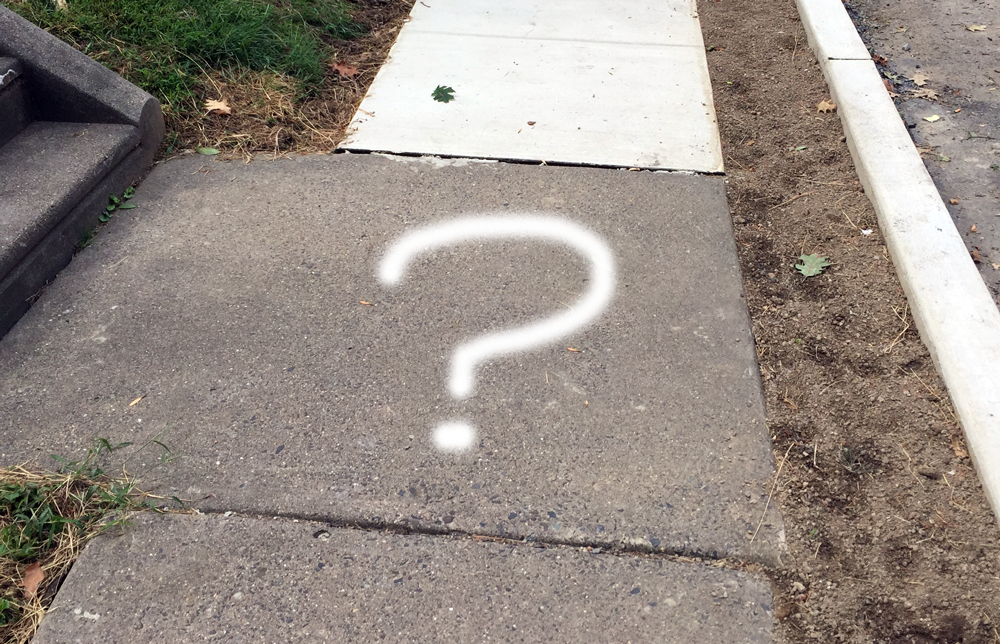 The Borough won’t tell you, and no longer wants to know

Jenkintown Borough does not know what you paid for their sidewalks, and at some point this past summer, it decided not to care. Up until at least April 1 of this year, the permit form that residents completed before they could proceed with their sidewalk or curb repair, asked for the “Cost of work”.

Apparently that information is not compiled, which is a shame because that number would give us a stark comparison with what the Borough would pay for the work on a wholesale basis. Ignorance is bliss, at least for the Borough.

On September 9, we submitted a “Right-to-Know” request with the Borough for “The total estimate in dollars of sidewalk and curb work performed by residents as a result of the borough’s paving program.”

“There is no record of the Borough of Jenkintown that indicates the dollar value of projects as related to this matter. Pursuant to Section 705 of the Right-to-Know Law, an agency is not required to create a record that does not already exist. Accordingly your request is denied.”

Strangely enough, at some point between April first and today, the Borough removed the line item that asks for a “Cost of work.” Here is the form we filed last April.

Here is the form we downloaded today from the Borough’s website. When and why they removed that line item is something we’d like to know.