HomeLatest NewsFor the good of the Boro, sit out the primary 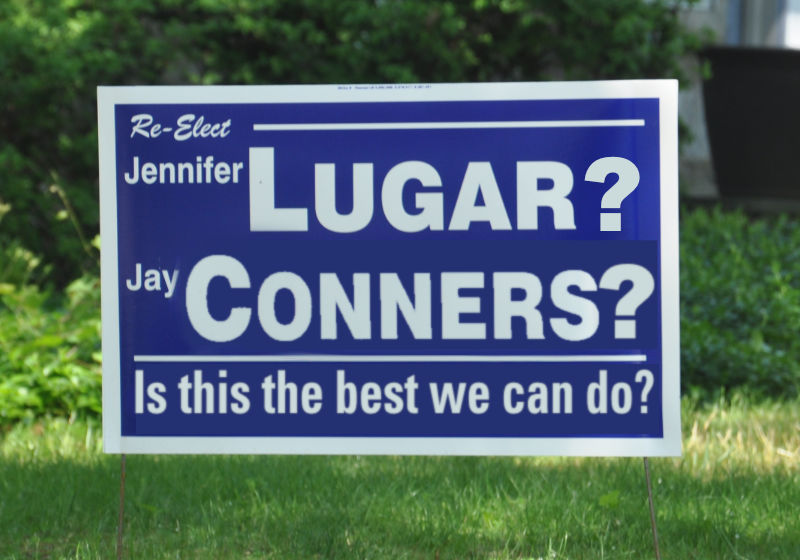 Something curious has sprung up on many front lawns here in Jenkintown. Yard signs advertising our incumbent council members, none of whom have any competition, have infested the town. I’ve lived here for 19 years, and until 2017, I never voted in a municipal election — not because I don’t vote — but because I never saw any evidence that one was going on.

When you live in a town with a voting block about 75% Democratic, why bother going through the trouble of campaigning? Indeed, why bother with outreach and town halls or, even in the era of social media, any public discussion about the issues? Council and committee meetings are open to the public, after all, so for what purpose would it serve to spend a day a month on outreach?

The yard signs I’ve seen so far support the reelections of Jay Conners, Jennifer Lugar, and David Ballard (at this writing). Let’s consider their records.

Jay Conners (Ward 4) currently serves as the Council’s Vice President, and he leads the public works committee. On his watch, George Locke turned our sidewalks into a joke thanks to the ill-advised policy of random inspection causing a contractor free-for-all where we all paid double to triple a fair price for sidewalks that are already crumbling. Mr. Locke’s public works department has become the Gang that Can’t Dig Straight as evidenced by the shoddy stormwater work on the 200 block of Runnymede that left brand new curbs and pavement severely damaged. The town is riddled with code violations, embroiled in a civil rights lawsuit, but that doesn’t stop Jay from voting in favor of a 23% pay raise.

Jennifer Lugar (Ward 4) has barely spoken a half-dozen sentences on Council during her tenure. She’s a lovely person, and someone I’ve had in my house, but she fills her Twitter feed with nothing but her gun control advocacy. I understand her very personal motivations for this, but how does gun control bring more business to the commercial district? How does gun control solve our looming sewer issues?

And all three of them support George Locke, Sean Kilkenny, and Deborra Sines-Pancoe, one of whom really runs the show.

This is, frankly, the most do-nothing, rubber-stamping group of party sycophants I’ve witnessed in my long-time observation of local affairs, here and elsewhere. That all said, twelve Republicans would do no better.

Make no mistake, Jenkintonians: We are sailing into some stormy seas. We ended the last fiscal year with a half-million dollar deficit, this despite ten years of national economic expansion. Our business district, which the entire community depends upon to stay afloat, limps along. A weaker town center means higher school tax. High school tax means lower property values.

Surrounding towns have left us in the dust. Right now, I hear no one wanting their town to be the “next Jenkintown.”

I believe that more democracy is better than less. More debate is better, as is more transparency and more outreach. Few things damage a society more than denying its people a voice on issues that affect them directly, and few things threaten Jenkintown’s delicate viability than Council’s endemic floundering.

What do do? It pains me to suggest this but since a trip to the polls will change nothing, I see little point in going. Please sit out this plebiscite. If you really want to make a statement, then write in “Anyone Else” or perhaps “No One”.

Jenkintown experiencing the lowest voter turnout in its history could be the best way to send a message to the Machine, which is this: Maybe we can’t get rid you, but we will not support you.