HomeLatest NewsThe nuclear arms race and how we live today 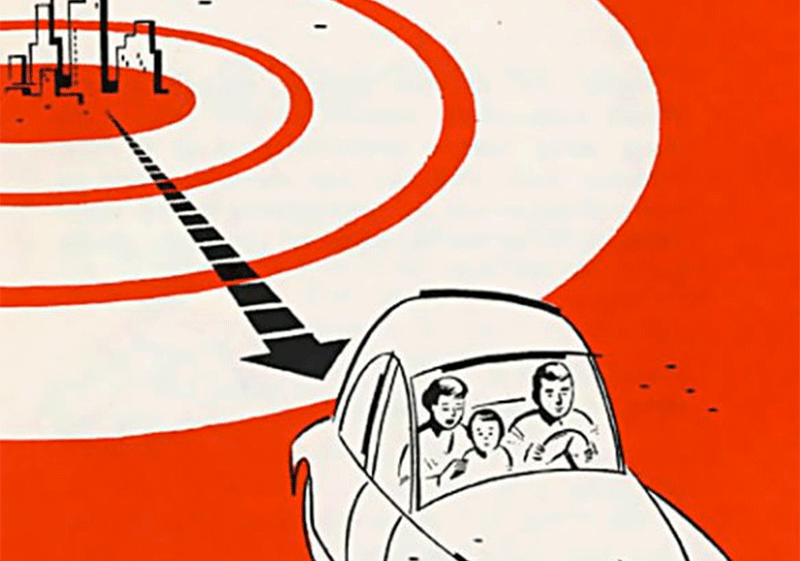 Nuclear weapons did destroy our cities. Just not in the way we expected.

We Jenkintonians are fortunate that the great wave of urban renewal mostly passed us by. We had a close call, though. Most people don’t know that the state had planned an expressway that would have run roughly down the West Trenton line right-of-way and interchanged with Route 309 at about the Wyncote Apartment towers. Those who live on the odd upper blocks of Runnymede would today look out their back windows at one of those walls that now line interstates everywhere — if those houses still stood there at all.

This is not to say that Jenkintown has remained immune from the forces of sprawl. PennDOT stands pat against reigning in Old York Road traffic and the restoration of on-street parking, and some elements on Borough Council still think we don’t have enough parking. At one meeting, a proposal was floated to demolish the old A&P to make a lot for the movie theater, an enterprise that already pays no property taxes and receives a subsidy from the Borough.

In response to articles such as this one in Treehugger and many other places, I’ve always said that if we had figured out a way to deliver an atomic bomb on Moscow by train, we’d have the greatest passenger rail system in the world.

It is important to remember why sprawl was promoted in the first place: as a defence against nuclear attack. It’s why corporations and industries moved out of cities. The purpose of the highway system was not to meet demand, it was specifically designed to induce demand, to get people into cars and out into low density suburbs. It was a strategy designed to help outlast them all.

Source: How sprawl was caused by the nuclear arms race, and why this matters more than ever today : TreeHugger