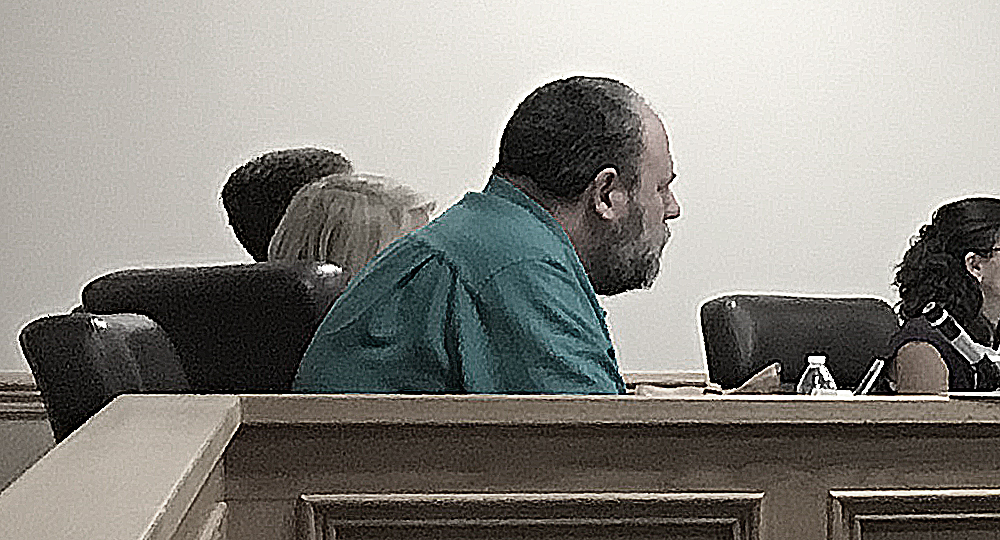 I took up the gauntlet.

Since starting this campaign almost two years ago, more than a few people have asked why I don’t just run for Borough Council. A few, such as our neighbor Daniel Gans, have all-but-dared me to do it. I never had any political ambitions and had no desire to run for office at any level. We all know people who we’d describe as natural politicians. I’m not one of those.

However, the call to fill two open seats on the Council in my ward with the resignations of Justin Mixon and Laurie Durkin proved too tempting to resist. Last Friday, I sat before a select group of Councilors that included Jay Conners, Deborra Sines-Pancoe, Michael Golden, Chuck Whitney, and Rick Bunker to express my reasons for consideration.

For the most part, I faced what seemed like a welcoming group, and the questions focused on my reasons for applying. The members also seemed concerned about what they saw as my contentious nature. For the record, I explained, I came before the council in 2015 expressing to them that not only did we believe the sidewalk ordinance produced awful sidewalks, even if they didn’t, it presents financial hardship for us and many of our neighbors. We came before council all-but-pleading for help. Council’s answer was to remove what we saw as our last resort — a lien against our house to pay for the work.

We would discover while at a court hearing from Borough Manager George Locke last spring that Council had in fact struck that option a few months before. So now, for those of us facing hardship, it’s pay up or go to jail and likely lose your house in the process.

I became contentious, I explained, because the Borough had backed us into a corner on that one single issue. I challenge anyone faced with the same threat not to react similarly.

On other issues, I have certainly voiced my opinions, but my personal history is one of collaboration, which my record backs up. I have a long history of involvement in small-town preservation and revival and associations with some leading figures in the field.

Rick Bunker, however, went on the offensive, asking me why I saw myself as a “threat” to Council. I don’t know, Rick. You tell me. I present what I believe is a well-researched, reasonable proposal to the Borough, and Rick Bunker won’t even discuss it. What seems like an otherwise intelligent guy goes all Trumpian on the subject of sidewalks.

Of course, we have already disproven every single assertion of Rick’s opposition to our proposals — every one — so one might think that maybe he has something to conceal, a relationship to hide, a deal to protect. Maybe not, but when you meet up with that kind of bellicosity, what else does one assume?

Most telling was this: When I ended an answer to a question with, “…should I be lucky enough to serve on this board,” Rick responded audibly, “That’s unlikely.” Ms. Sines-Pancoe then cut off further questioning.

No matter. Politics, as I understand it, is a rough-and-tumble occupation, and those with skins too thin to take a whack or two have no business in that arena. From where I stand, my little experiment exposing the subtle hostilities of Jenkintonian civics has proven a rousing success.

Aside from all that, this was also a Machiavellian blunder for Council. Isn’t it best to bring your enemies under your tent to keep an eye on them? For me, the exercise was a win-win. I tried. I got rejected. I get a good story to tell.

I sincerely wish the new Council members the best of luck, and I will welcome any opportunity to work with them on any issue confronting our community.

Rick Bunker will surely claim I am unqualified for the position. If the primary qualification of a representative is to listen to, engage with, and help the voter, then Rick Bunker has failed us every in every regard.