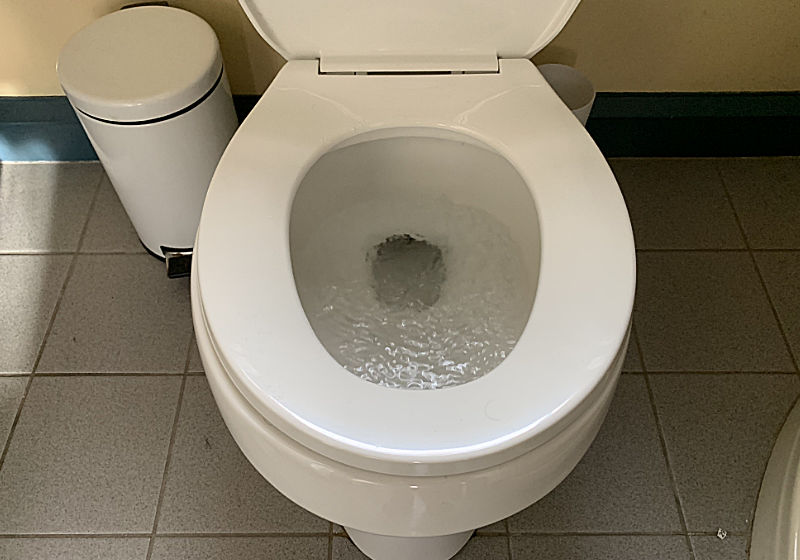 Jenkintown Borough rarely sends out emails about its committee meetings. This month’s public works committee meeting was the exception, because of a particular challenge facing our town — where to send what we flush down our toilets.

Currently, Jenkintown sends all of its sewage through Cheltenham which then sends most of its sewage to Philadlephia. According to the engineers, Cheltenham has not kept up with maintenance, and now races to upgrade their system.

Since Jenkintown’s sewage accounts for just over 11% of their total flow, we’re on the hook for a little more than that percentage of the remediation costs. So far, this puts Jenkintown on the hook for $1.2 million.

Besides the cost, this impacts Jenkintown’s hopes for further redevelopment. Sewer capacity is measured in EDUs, or “equivalent dwelling units”. In Pennsylvania this amounts to about 400 gallons per day per household, and the Department of Environmental Protection allocates the number of EDUs depending on the capacity of a municipality’s (or company’s) treatment system.

Because Cheltenham receives and treats all of Jenkintown’s sewage, Cheltenham has veto power over any development proposal in Jenkintown if it exceeds our allocated number fo DPUs.

Penoni Asssociates brought a fact-finding presentation to the committee, outlining several options with projected costs ranging from $39,000 to $10.4 million. Penoni engineers and most of the council members present seemed to agree that doing nothing was not an option. No one is happy with the Cheltenham’s performance.

Much of the presentation focused on sending our sewage to Abington. This may or may not involve the construction and maintenance of expensive pumping stations.

Clouding the picture further is Aqua’s impending purchase of Cheltenham’s water system, including its sewers. A representative from the company on hand last night expects the company and the town to complete the deal before the end of this year.

No matter which option it chooses, Jenkintown is faced with a major and costly (for Jenkintown) public works project. Couple this with the exit of Glanzmann and their contribution to our tax roles, the ongoing struggles of our commercial district, and Council’s insistence on burdening this town with a park that no one wants, and taxpayers can expect to see more of its tax dollars flushed down the drain.