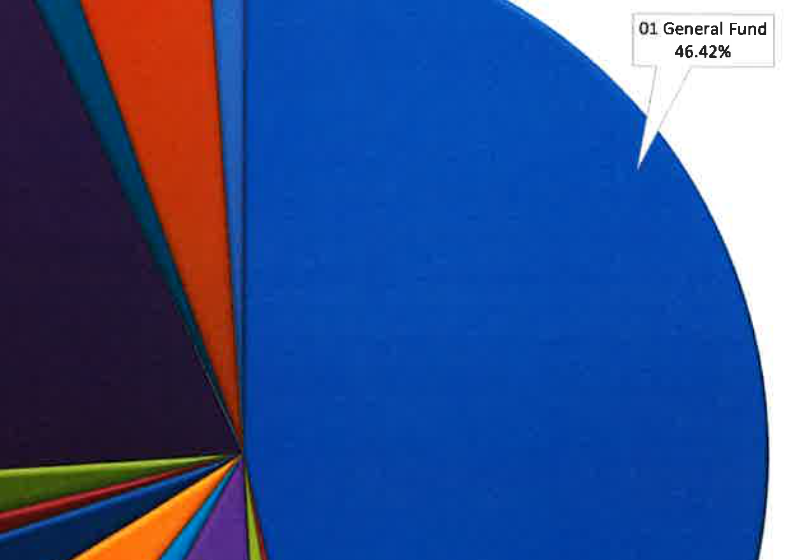 Last month, Jenkintown Borough Council voted to raise our taxes by five percent, exceeding the rate of inflation by sixty-two percent. Council Vice President and Social Media Bully Rick Bunker dismissed any concern by reminding Jenkintonians that our government spared us any increases for the past three years. In other words, be grateful that our government didn’t take more from us.

According to Bunker and Jenkintown’s nominally qualified Borough Manager George Locke (3% raise in 2019), most residents would see “only” about a $60 hike. We would ask if it’s only that much, then why raise it at all? Is there an institutional budget anywhere that couldn’t be cut 5% without the sky falling? (Answer: No. There is not.)

The only two council members to expressed anything approaching resistance were Chuck Whitney and Michael Golden. Within his brief statement about priorities, Whitney remarked, “I think though we need to understand this is not really our money. We have to be careful to distinguish between what’s nice to have and what we have to have.” Whitney acknowledged the added staffing, but continued, “Next year, I think we have to take a hard look at any additions. We can’t do everything.”

In a longer statement, Michael Golden supported Whitneys comments adding, “I’m a little concerned about how we communicate items with the borough with our constituents. I’m concerned with the communication effort and transparency above everything else. I think it’s difficult for people to see the budget and see why we make decisions and make other decisions. I think we can work harder in being transparent in how and why we act.” (Comments begin at the 35:10 mark.)

Golden also pledged to redouble efforts to communicate with the community.

In a rather specious retort, Council member Christian Soltysiak said, “All of our budget meetings are open to the public.”

If Soltysiak believes so strongly that the borough conducts itself with complete transparency, then why did most of the community, including some council members, find out about the purchase of the Cedar Street property after the fact?

Simply putting up a notice and holding the meeting may fulfill the barest minimum of legal requirements, but in a town with 12 representatives for 4400 people, a little outreach might go a long way to counter the suspicions that our government does not have our best interests in mind. Any fan of “The Hitchhiker’s Guide to the Galaxy” will see the irony.

So far, the Cedar Street property has cost us $268,000 just in budget outlays. Add to that the lost tax revenue to both the borough and the school district — which is not accounted for in the Borough’s budget — and that number easily crests $300,000 and will only increase. Have the properties around the proposed park increased in value yet? Just asking.

From what we understand, much of the raise comes from police pension obligations. Currently, Jenkintown has eleven police officers, and one full-time police sergeant earns about $100,000 in salary plus benefits and pension — a bill we get stuck with long after that officer leaves our force.

Wouldn’t ten be enough? How about nine? We ask only because we wonder if anyone else did. For a low-crime town such as ours, do we need so many cops or is this just more homeland security theater? Just curious.

We spend over $26,000 picking up leaves. You get charged directly for trash pickup, but your neighbor pays for your yard maintenance. Does that make sense? Is it fair? Only wondering.

The library will receive $240,000 of your money. Maybe you believe that’s money well spent, but we have a lot of wealthy people in town saving hundreds of thousands of dollars (if not millions) by sending their kids to public school rather than a private school. Their stock portfolios probably look better than ever and they’re getting a big tax cut this year. Perhaps if they believe we need a library, they could contribute more. Did you go to the library recently? If the town didn’t subsidize it, would you donate to it? If not, why not? Just asking.

Since 2015, the Hiway Theater has received $39,000 in subsidy from our tax dollars, not including the money they don’t contribute in property taxes as a non-profit. Have you been to the theater recently? If not, why not? The $6,000 the Borough will send to the theater in 2019 is the equivalent of about 120 memberships. Is there a reason why the theater couldn’t find 120 members in and around Jenkintown to get this off our budget? Kind of wondering.

These numbers admittedly make up a relatively small amount within an $8.6 million budget (with a $400,000 deficit), but five percent of that is $430,000 — or roughly the total of what we’ve outlined in possible cuts. These are only the items that stand out to us. You can bet there’s more. There always is.

Eliminate these amounts and arguably much more, and we could easily go another year without a tax increase, and we would bet our house that the sky won’t fall, houses won’t be left to burn, and your toilet will continue to flush.