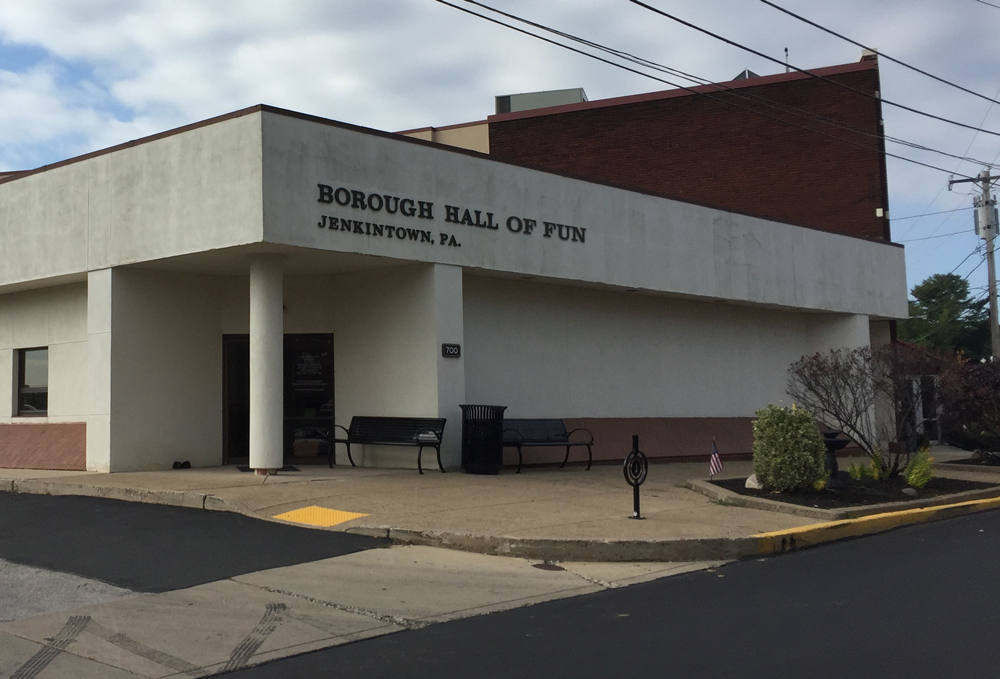 Jenkintown’s 12-member Council works for nothing. What’s that cost us?

It always raises eyebrows when I mention to outsiders that Jenkintown’s Borough Council has 12 members representing a mere 4400 people. Each of the four wards has three members, and no, none of them receive a salary. While some might consider this public service a measure of valiance, I’m left to wonder about the actual incentive to spend time on this Board. I’ve served on boards before, and no one does this out of pure altruism.

In our attempts to engage the council on the issue of the sidewalk ordinance and to perhaps seek a better solution, I’ve repeatedly reached out to all three of my representatives, Laurie Durkin, Justin Mixon, and Jay Conners. I have literally pleaded with them for help.

I may be among the last of a generation schooled in civics, but early on we learned that, other than a bribe, a letter will get the most attention. You can call, and today, you can even email, but to make the best impression, send an actual letter. It shows that you took substantial time out of your day to write, edit, prepare, and physically mail.

My first attempt at this last year went nowhere. Not having my reps’ actual home addresses, I sent letters in their names to Borough Hall. Two weeks passed before I received any reply — a phone call from Jay Conners. He had no idea my mail awaited him there. The other two councilors never responded. In fact, Justin Mixon would later say in Borough Council that he was too busy to respond.

Laurie Durkin lives a mere half block away. Ms. Durkin sought reelection last November, and not once did she knock on the door asking for my vote. Neither did my other reps. In fact, if you passed through the borough last year, you saw no evidence of a local election. No one campaigned for their seats. The last election turned out barely 40% of registered voters, which in a borough of our size means that probably less than 1000 people voted. (And Rick Bunker denies the election was a farce.)

What prompts these observations? Minutes from last July’s Borough Council and Public Works committee meeting revealed that next year, PECO, our electric and gas utility, will replace gas mains under streets that the Borough just paved last year and planned to pave this year. This put 2016’s paving schedule on hold and means that residents on Rodman (which include Mr. Conners) didn’t need to worry about deadlines and citations after all.

Jay Conners, who chairs the Public Works committee, responded to this latest development by drafting an ordinance that would require, “…all parties who perform a road opening of a road that has been paved/repaved within the last five (5) years and/or the street is disturbed for more than twenty-five (25) feet to restore the street. Restoration will include base repair, surface milling and overlay according to Borough specifications to the extent of the entire block, not to be less than 100 feet in length and full width of cartway to full council.”

Mr. Conners promised a public hearing on this topic, but we see no such announcement on the borough’s website. I hope residents understand that whatever this costs, it ultimately comes out of our pockets either via the utility bill or the tax bill.

We simply want to know why George Locke or anyone at the Borough failed to consult with PECO about their timetable for replacing gas mains before embarking on this paving program, which the Borough steamrolled over us with almost no real public notice. Did the Borough forget about what lies under all that asphalt? Why all this effusive praise for George Locke?

Already, the Borough has performed temporary work on Rodman to patch the gaps at the new ADA ramps. How much did that cost?

Surely, PECO had planned this project well in advance of the paving program. Companies with infrastructure as vital as PECO’s spend considerable effort assessing its lifespan — especially gas mains. No doubt PECO already knows the loopholes around Mr. Conners’s all-too-late attempt to cover for his own negligence.

We can’t emphasize this enough: Jenkintown is a tiny borough! How hard is it to get the word out to residents about issues that will cost them a lot of money or cause major inconveniences? The school district regularly robo-calls us about events. With three councilors per ward, it would take them roughly a weekend to knock on doors to spread the word about these issues.

So, why does anyone volunteer to run for office? What’s in it for them? The goodness of their hearts? We all grew up during Watergate, friends. Anyone who believes that public service equates to sainthood really should share with us the source of their happy pills.

Since we began this campaign to change the sidewalk ordinance, we have been ignored by our reps, targeted by our Borough Manager, trolled online by self-proclaimed “lefty liberal” Rick Bunker, and Facebook-shunned by both Mr. Bunker and Mayor Ed Foley. Standing on the outside, where our government seems intent on keeping us, we see a council performing more like a social club than a serious governing body.