HomePolicyFinding a better way for Jenkintown to pay for better sidewalks 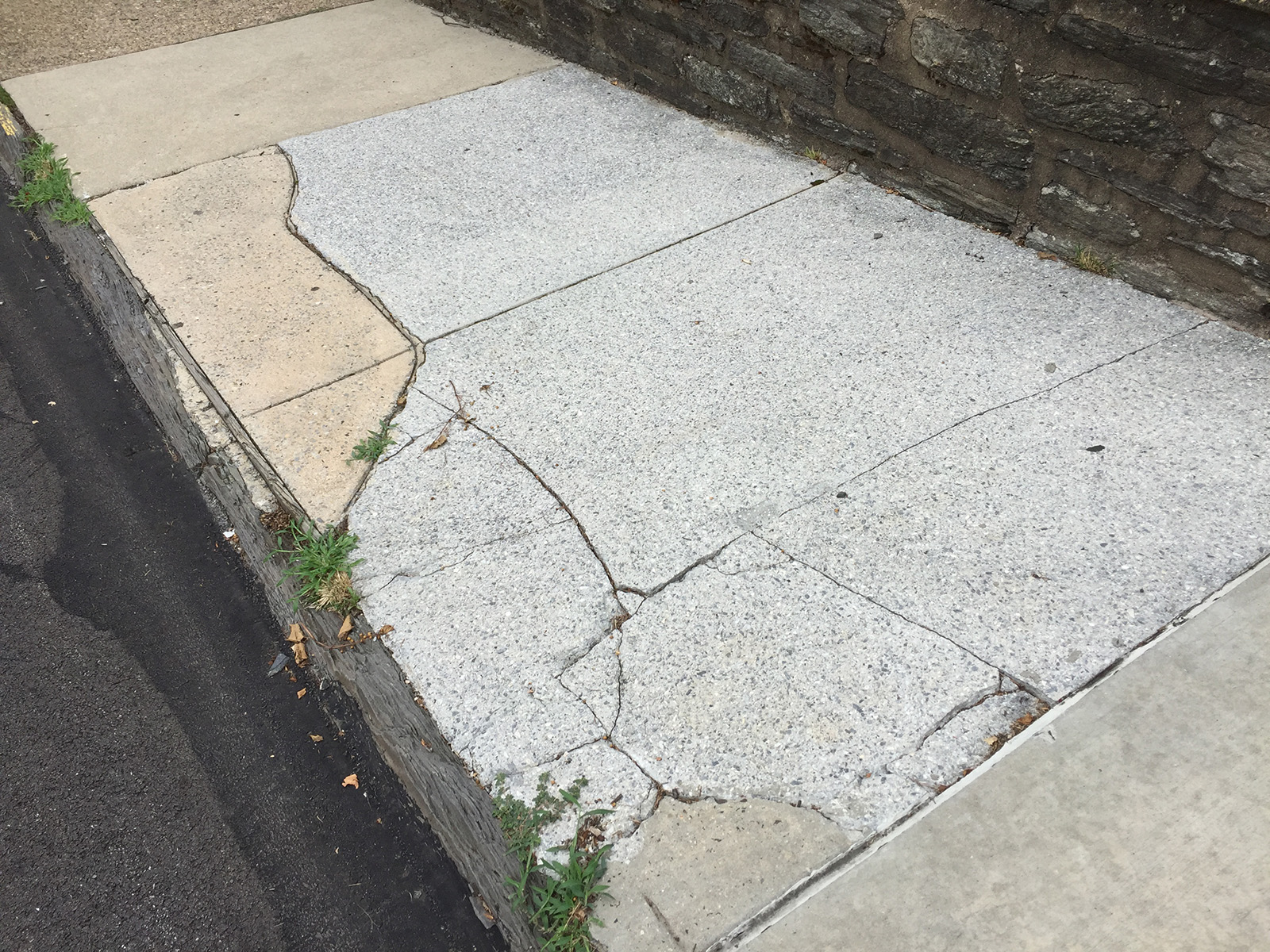 What brings more value ALL of Jenkintown? A well-built pedestrian infrastructure for all the Borough or a pocket park on Cedar?

Like it or not, I probably know more about sidewalks and pedestrian policy than at least 95% of the population. That and a couple of bucks will get me a cup of coffee at Velvet Sky, I know. Yet, we continue exploring this issue because we believe in its importance and the value it can provide for our community. We want walkable communities not just because we here in Jenkintown think they look nice, but because they help foster a better, more sustainable lifestyle.

The arguments so far presented to counter the idea that community assets require community responsibility include cost, liability, snow removal, and aesthetic preferences.

Liability: Most communities impose rules upon homeowners for keeping their sidewalks cleared, including ours. That doesn’t need to change. In my hometown of Springfield, Massachusetts, the city will issue citations to homeowners and businesses that do not properly clear their publicly owned sidewalks. Your homeowners will cover you either way unless a citation was issued. Yes, in theory, the city would be held liable for damages that occurred on damaged sidewalks, but as homeowner, we would pay either way — either through our insurance or through Borough insurance via our taxes. As a single-payer insurance plan, it would come at a much lower cost.

Snow removal: Similarly, the Borough would not necessarily be required to clear the snow like they do the road, although some cities in more northern latitudes do. On the other hand, Jenkintown will clear the leaves from your yard, so I don’t know how they could object to clearing the snow from their sidewalks. What’s the difference?

Aesthetics: A uniform block-long sidewalk would just look better and last longer. Any claims, as some have made, that individual homeowners would want to apply their own preferences to their frontage seems specious to us. However, we can imagine a system where that the Borough might allow for that after assessing a special fee.

But how do we pay for it? As it happens, this particular cat could be skinned in a number of ways.

We understand that the Borough’s paving program instigated a relatively rare mass-inspection of the walks and curbs, but that also spotlighted the fatal flaws in our current system.

The idea of having a multitude of itinerant contractors suddenly invade our community to service homeowners facing serious deadlines, applying patchwork fixes to our otherwise charming streetscape at wildly divergent prices benefits no one, least of all the hapless homeowner who planned instead to spend that $5,000 on a new furnace or some other much-needed home improvement. This past experience just showed how onerous and harmful the current sidewalk ordinance is.

Can we please find a better way?