HomeLatest NewsJenkintown and its leadership hit with civil rights lawsuit 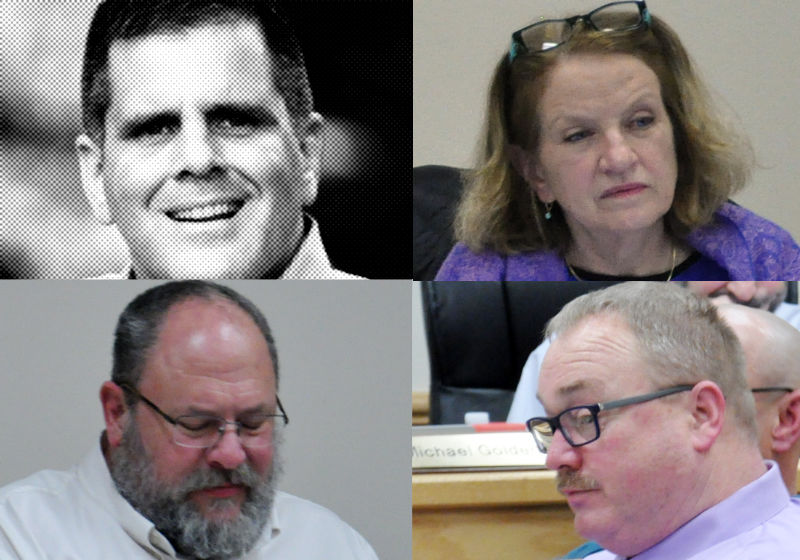 Dave and Peggy Downs have served the Borough of Jenkintown and its four de facto leaders with a Federal civil rights lawsuit.

The suit alleges that these four were responsible for prosecuting the Downs family for zoning code violation in retaliation for Peggy’s decision to run for mayor in 2017 against the wishes of the local Democratic Party committee. Peggy’s write-in campaigned garnered more than 35% of the vote.

The complaint alleges that:

Defendants engaged in multiple corrupt actions, conspired with one another against Plaintiffs and, after Plaintiff, Margaret A. Downs, exercised her First Amendment Rights to participate as a candidate and run for election for the public office of Mayor of Jenkintown Borough, Defendants used the Jenkintown Borough Zoning Code as a weapon to retaliate against Plaintiffs by falsely accusing them of operating an impact business, in violation of the Jenkintown Zoning Code, out of their residence and further trumping up evidence Defendants knew was false for the sole purpose to harass, intimidate, punish, embarrass and humiliate Plaintiffs and to cause great economic harm to Plaintiffs by forcing them to undergo the expense of appealing trumped-up zoning violations.

Specifically it cites that the “Defendants conspired to retaliate against Plaintiff by trumping up false evidence, including suborning perjured testimony from witnesses, and falsely alleging that Plaintiffs were operating an impact business from their home … in violation of the Jenkintown Borough Zoning Code.”


And further that, “Defendants did nothing to investigate and obtain evidence of the alleged violation because they knew that Plaintiffs did not operate a business out of their home.”

While the Borough is insured against the threat of such lawsuits, the insurer is not obligated to cover damages awarded in the event of “deliberate violation of any federal, state, or local statute, ordinance, rule or regulation committed by or with the knowledge and consent of the insured.” Courts typically award plaintiffs in such cases amounts extending into the high six figures.

The lawsuit caps off more than two years of contention between the Downs family and the borough, starting with a complaint the Downses filed with the borough against a neighbor who eventually was found guilty of not only running an impact business from his property, but also criminal harassment against the Downses after they filed the complaint.

You will find Peggy’s account of the events up until March, 2018 here.

A month after the election, the Downs were called to meet with Kilkenny and Locke under the pretext of discussing an ongoing dispute with the next door neighbor. Instead, they were handed a letter of complaint citing the operation of an unspecified business in violation of the zoning code.

When the county judge dismissed the violation for lacking detail, the Borough returned with a redrafted notice citing the operation of a landscaping business. The Jenkintown Zoning Hearing Board would later dismiss the complaint after nine hours of testimony in three hearings by a vote of 5-0.

To date, the Borough has expended more than $21,000 pursuing of this complaint, most of which benefitted Sean Kilkenny’s law firm, Kilkenny Law. Naming Kilkenny as a dependent precludes his firm from representing the Borough in this matter. The Borough has retained Suzanne McDonough from the law firm of Holsten & Associates of Media, Pennsylvania as outside counsel.

Deborra Sines-Pancoe is Associate Director for the Friends Council on Education. Sean Kilkenny is not only Jenkintown’s borough solicitor, he also serves as the Montgomery County Sheriff. Rick Bunker is president of Prescription Advisory Systems. George Locke has served as Jenkintown’s Borough Manager since 2013.