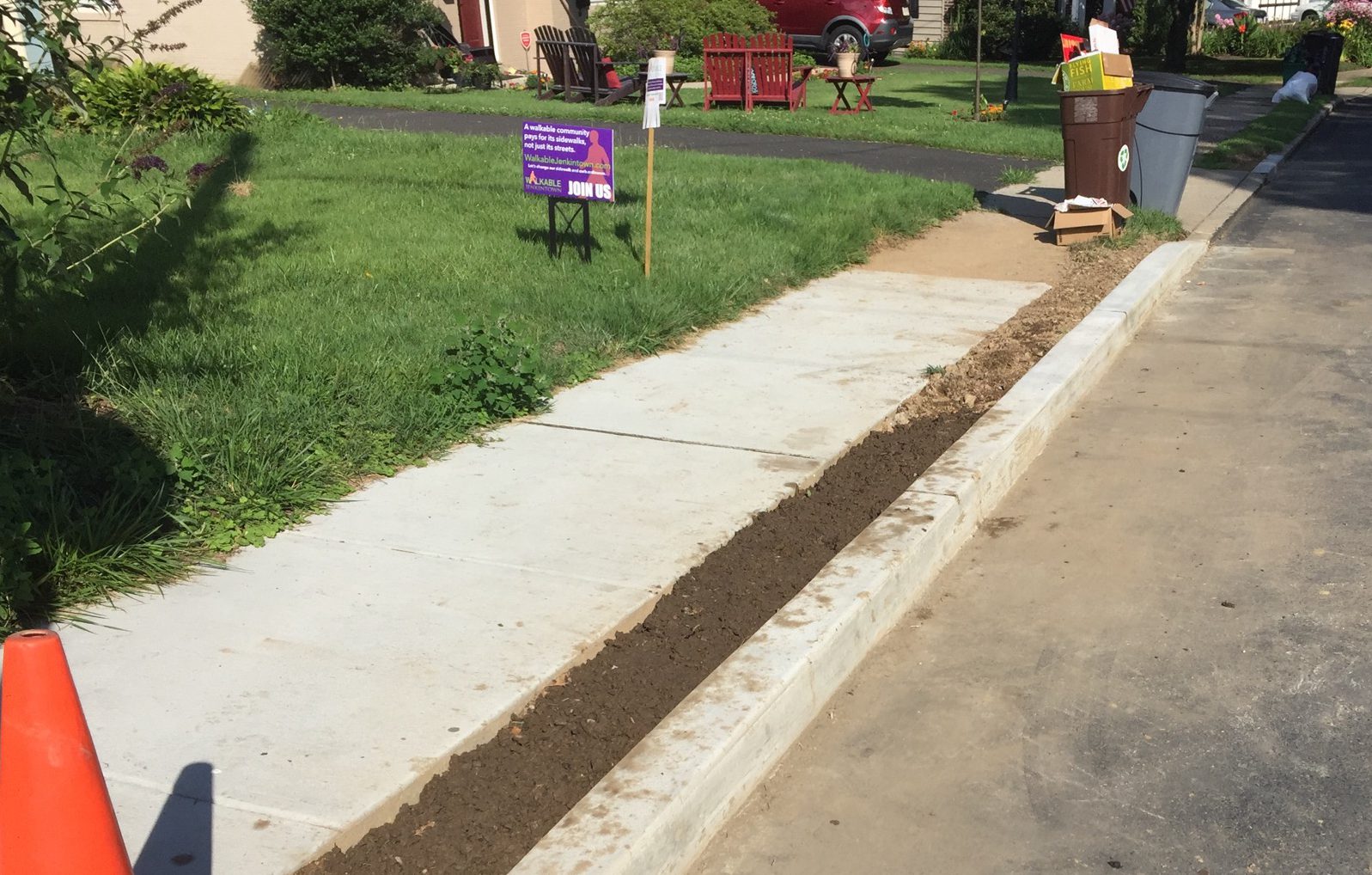 Now that we have our own sidewalk ordeal behind us, we can concentrate on the ordinance and getting it changed. So many other other communities have better, more equitable and predictable methods. Ithaca, New York is one such place. Can Ithaca’s sidewalk plan work for Jenkintown Borough? Last week, we dropped our toes in the water at the Jenkintown Community Facebook page, and one member arguing in favor of the status quo, wrote no fewer than three times:

“Jenkintown is not for everyone.” That’s just not nice.

We merely contend that since Jenkintown presents itself as a walkable community, perhaps its budget should reflect that as a priority. Maybe the community should get involved in getting this done for the benefit of all of us. Instead, the borough doles out millions to make it easier to drive and park in town.

Except for the street corners where the Americans for Disabilities Act requires the Borough to install ramps, our town doesn’t spend a dime on its sidewalks. Instead, it tells us to do it, to find our own contractor, and pay whatever they ask (which is more than what PennDOT pays). Or else. We thus pay top dollar, and we get bottom results.

Is a beautiful streetscape worth $70/year to you?

In the past two weeks, I’ve heard several mentions of the Ithaca plan. In short, the city assesses a fee of $70 per year for most residents, less than half of what we currently pay for trash pickup, to fund a municipal program that maintains and fixes the city’s sidewalks.

One Jenkintown resident — a successful father of two and involved in local affairs who just spent $6,000 to repair his sidewalks and curbs — told us he presented this idea to Borough Manager George Locke. “He wasn’t interested.” There wasn’t even any discussion about it. What’s worse, this resident shook his head, saying, “I’m done with Jenkintown.”

Indeed, we sent out letters with invitations to discuss this further to our Borough councilors yet again, and three weeks later, no response. We have three councilors representing our ward, and none of them seem to have the time to even send an email in response.

Why can’t we at least have a discussion about this? Why shouldn’t people sit down and figure out a better way?