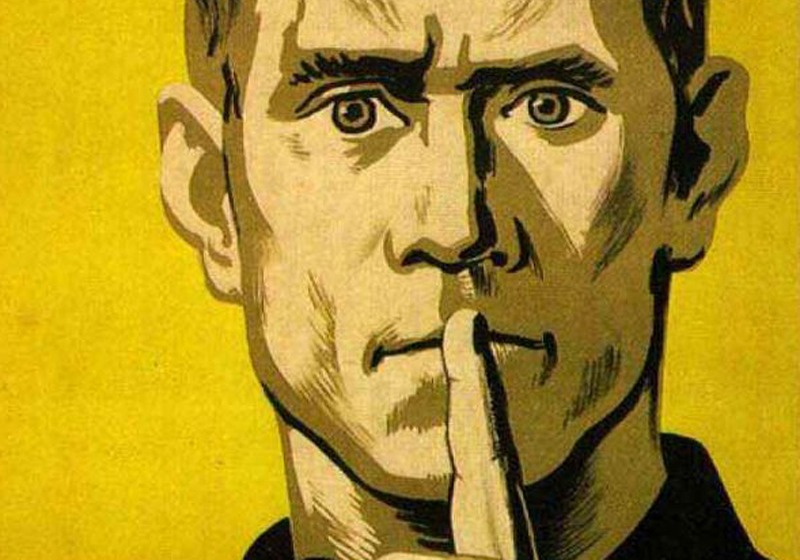 What began as an effort to simply change the sidewalk ordinance so that it becomes more equitable and produces superior results has evolved into an investigation into the overall competence of Jenkintown government. The more you know, the less you like, sad to say. Indeed, it seems that at times Council makes things up as they go along, which we have to assume is a downside of all-volunteer governance.

What’s worse is that the more we try to shine some light on their activities, the more they tend to circle the wagons. The grapevine now tells us that despite Council’s assurances of openness and transparency, they have begun to consider prohibiting citizen live streaming their meetings. We hope this isn’t the case. With the Borough now considering a major move to sell its properties to a developer, a commitment to an open process is more vital than ever.
To us, an open process means the following:

More timely email updates and announcements. Borough Hall still seems reluctant to release information much more than 48 hours in advance. We ask for a five-day notice minimum. Council President Deborrah Sines-Pancoe seems to struggle with procedure and resources, but regarding the latter, we have a non-profit client with two employees that manage to issue an email every month with little trouble.

Regarding the former, that’s for Borough Hall to work out, but we suggest that any issue that commits taxpayers in any substantial way, that may affect tax levies, the physical appearance of Jenkintown, and relevant public meeting should warrant a succinct blast, post on the Facebook page, and published on the Borough website five days in advance.

Anyone who compares meeting minutes with our recent YouTube postings will clearly see the discrepancy between the official record and reality. The minutes omit a great deal. The Borough must at the very least archive all recordings of its meetings. They can either do that on their own equipment, or they can upload the audio files to Archive.org, which will cost them nothing.

Currently, the Borough does generate an electronic audio recording of its meetings, but once the minutes are filed, they destroy the file. There’s no excuse for this.

The Borough must commit itself to live streaming its meetings. As we have proven, there remains no barrier, financial or technological, to doing this on a regular basis. All videos can both be streamed from and archived on YouTube or Facebook or both.

As we have pointed out on many occasions, with each ward represented by three council members, you’d think you might see them once in a while. In our ward, only now-former-councilor Laurie Durkin ever bothered to even leave a pamphlet on our door since we moved here. Our representatives are more than welcome to knock on our door and talk about anything with us. We guarantee a polite, intelligent discussion about what we think would make our community better.

Can the Borough finally admit to the inadequacy of its current procedure for dissemination, and that it must finally come into the 21st century? Doing this will go a long way to alleviating the Borough from the expense of fulfilling the spate of Right-To-Know requests it has endured of late.