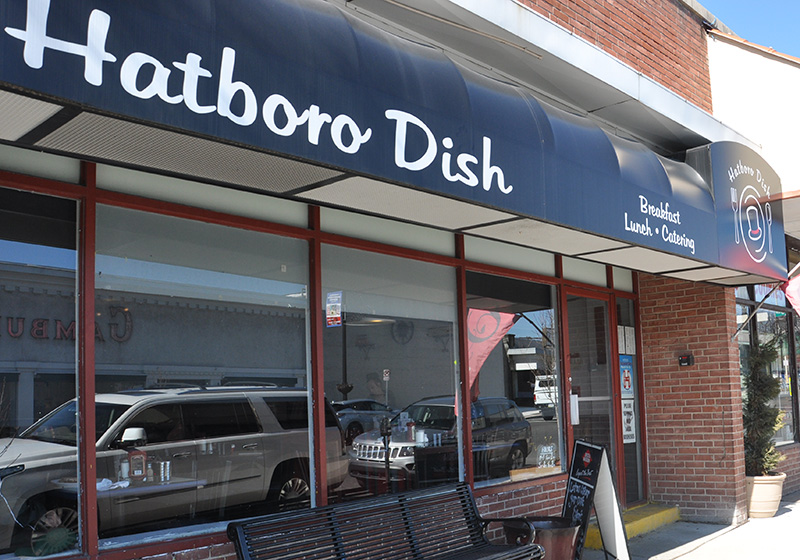 Making the case to hire a Main Street manager for Jenkintown

Central to the discussion of Jenkintown’s revival is the Jenkintown2035 plan. Two years ago, through the input of Jenkintown residents, we drafted our vision for the town’s future. You can read all about it on the Borough’s website.

As plans go, it is pretty comprehensive, and it does have plenty of fine ideas. Its contents lay out a fairly predictable but solid vision for an older, inner-ring suburb such as Jenkintown: An emphasis on “walkability”, architectural preservation, good connections to transit, etc.

Continue to support the growth of Jenkintown’s Town Center district as a destination for arts, entertainment, dining, and music while maintaining its distinctive identity and sense of place.

Build upon the established scale and historic character of Jenkintown’s commercial areas while improving the downtown experience by enhancing the public realm, creating a pleasant strolling environment, and establishing a cohesive identity for the Borough’s commercial areas.

Encourage new development that grows the Borough’s business and property tax base and creates new and diverse employment opportunities within the Borough.

Not meaning to beat a dead chihuahua, but how does a Taco Bell advance any of those three principles? How does a million-dollar pocket park?

We have frequently cited Hatboro as an example to follow. It has not only kept its on-street parking, it today finds itself in the midst of a real revival. It has many things in common with Jenkintown. It has transit, a traditional downtown district, walkable neighborhoods, and ready access to transit.

Hatboro also has a plan for its future development, but unlike Jenkintown, it hired a steward for that plan in 2011 — a professional consultant named Stephen Barth of Barth Consulting Group. Since Mr. Barth became Hatboro’s Main Street Manager in 2011, he has overseen the rehabilitation of its downtown as well as more than $45 million in residential and commercial development throughout the borough.

Hatboro’s council and manager delegated that authority to Barth, and the results speak for themselves. As Barth describes it, he serves as the point man for any new project in Hatboro. He takes the plan, and as he describes it, works backward from the outline, always asking the question, how does that help us achieve our goals, and if it doesn’t how can we steer it in that direction?

We sat down for lunch with Barth at Bernie’s in the heart of Hatboro to chat about his role in the budding revival. This Bernie’s he pointed out, represents a true $2 million investment in the town’s commercial district. It has preserved the streetscape, and gives both residents and visitors yet another contemporary dining option.

Bernie’s also features outdoor seating, something that Fontana’s Restaurant, its predecessor, did not have. Though still open when he became the Main Street manager, Barth stepped into the very tired space and found it completely empty at lunchtime on a beautiful day. So, he proposed to the owner to conduct a little experiment.

“I said if he would let me set up tables on the sidewalk, I would buy lunch for anyone who sat there.”

Then as now Hatboro had no ordinance prohibiting sidewalk cafes as long as it didn’t block pedestrian traffic.

“Just my putting tables outside started to attract attention, drawing people into the restaurant.”

The experiment proved a rousing success, although one that took more than a few dollars out of Barth’s wallet. “I didn’t consider that people would start ordering the most expensive items on the menu,” he smiled, “or bottles of wine!”

Nevertheless, he proved his point. At a certain point, foot traffic attracts more foot traffic — something that a traditional downtown like ours is designed to accommodate.

Cloudy with a chance of 8 balls

Borough Council member Kieran Farrell reminds residents at every opportunity to read and comment on the Jenkintown2035 plan. While laudable, Council’s recent actions show the futility of further public involvement.

We strongly recommend that if the Borough truly believes in this plan that we helped to draft, then it must allocate funds for a trained professional to turn it into reality. No one in Borough Hall currently has the qualifications for that role, least of all our current Borough Manager who spent most of his time during the “Conversation” in the corner of the cafeteria.

Do we seriously believe that current Council leadership will delegate that authority? Let’s ask the Magic 8 Ball.