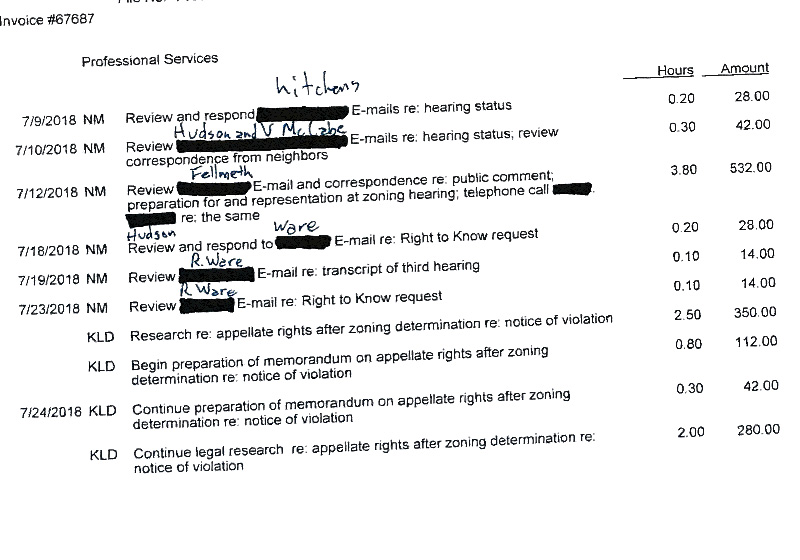 [Update: The Borough had 30 days to appeal, and the window has closed. Nonetheless, it is our opinion that the Borough should have shut down this this matter well before the first hearing.]

Apparently a unanimous vote against them failed to convince the Borough to stand down after all. According to documents we’ve received today via a Right-to-Know request, Jenkintown Borough is or was considering an appeal of the ZHB vote taken last month regarding the notice of violation against the Downses.

I just received copies of the July invoices pertaining to the Downs ZHB hearing. What I’ve included here is the invoice from Rudolph Clarke, the firm representing the ZHB. The total for that month from all the invoices amount to another $3500. What stands out is the $1162 the Borough spent AFTER the vote researching a possible appeal. If the appeal window has not closed, this ordeal might not be over after all. If it has, another $1162 in taxpayer money just went up in smoke.

The notes over the redactions reveal the easily discerned text under the marker ink. Click the image for a larger view.