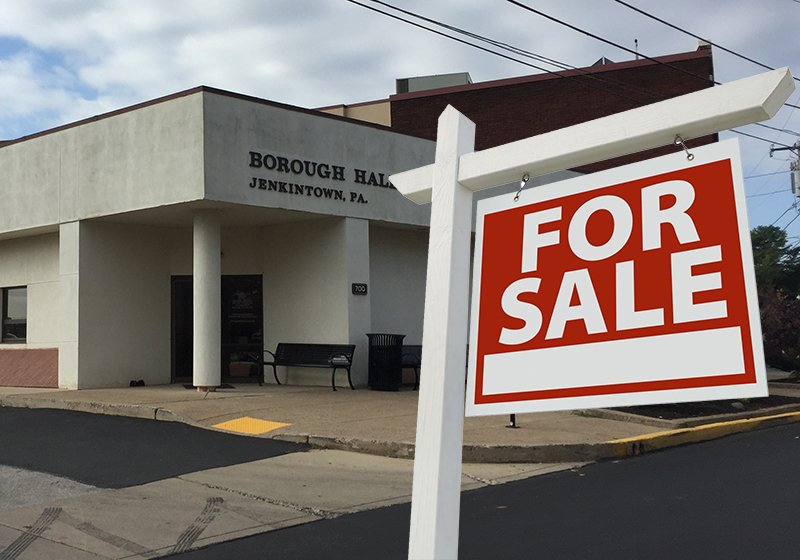 On April 20, the Jenkintown Borough website posted an announcement about the possible sale of Borough properties for redevelopment. The announcement made it fairly clear that they were approached by a developer, and that last night’s meeting would have this matter on the agenda.

Reading between the lines of that announcement, one could plainly see the effect of the Cedar Street fiasco: “It is Council’s intent to lead a transparent process with ample constituent input, and Council will review all information and scenarios before making any decisions.” We only ask that Council also give the community ample and conspicuous notice for this input — not just the strict legal minimum.

True enough, the Borough’s properties do occupy some of the choicest locations in this tiny borough, and their redevelopment offers some interesting opportunities — providing they do it right. On the agenda, Council listed a motion to advertise the potential sale and redevelopment via an RFI (request for information), although the fact that a developer has already approached the borough likely prompted this action. The RFI will solicit ideas from interested developers, and in theory, Council will choose the best based on its merits.

On its face, we regard this as potentially good news. We doubt that anyone would object to the demolition of the current Borough Hall and its bunker-like design, but Council did not address its own relocation. (Perhaps another generous resident has offered up their home for below-market value?)

As promised, we live-streamed the meeting, which you may see on this site shortly. What you won’t see is the exchange we had with Ms. Sines-Pancoe as we packed up our equipment.

The Council President responded to our real-time comment wondering when they held a public hearing for the purchase of the Cedar Street property. “It was held right in this room,” she pointedly remarked.

Was that the hearing advertised in a paper that few people read any longer, in a section that only paralegals bother with, and outlined in an agenda posted on the Borough website a half-hour before it actually took place?

Who showed up to this hearing besides Ms. Sines-Pancoe’s cronies and members of the EAC? That hearing was so hastily arranged that some Council members didn’t know about it until last minute.

We applaud Ms. Sines-Pancoe’s newfound embrace of transparency and openness, and we take some credit for it. Unfortunately, there’s still a lot of work she and the rest of our Borough government needs to do on that front.

And finally, not that we don’t like Hawaiian shirts, but could Rick Bunker please show up to these meetings recognizing at least a little decorum?