HomeLatest NewsJenkintown faces a Sophie’s choice: Our cars or our community? 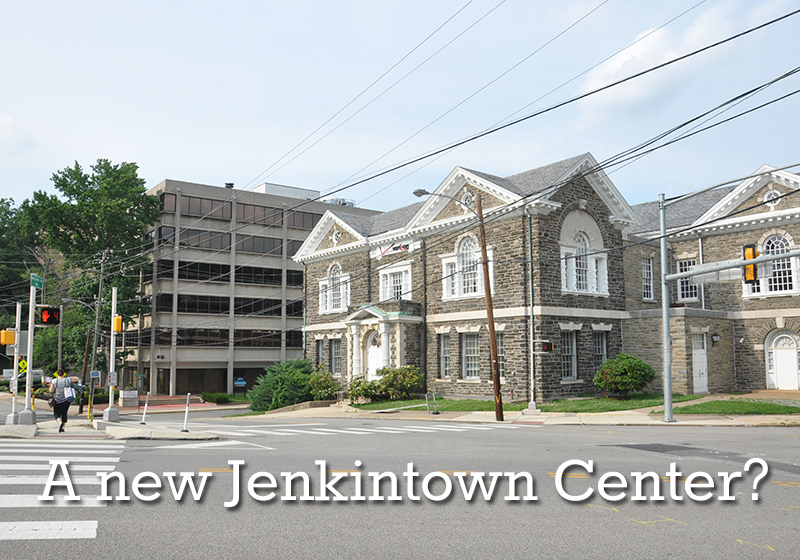 Last Monday’s Business Zoning, and Redevelopment Committees brought Graham Copeland pitching his services as a business development consultant to Jenkintown Borough. Mr. Graham seemed like an earnest guy and who brought with him at least one solid credential in the field of revitalization; the ongoing redevelopment of Fort Washington, of all places.

Most of us probably think of Fort Washington as little more than an exit off the turnpike into a soulless, flood-prone 1950s-vintage office park and little else. That looks very likely to change.

Mr. Copeland came to the BZR meeting with few specifics for Jenkintown. Yes, we want to fill the empty storefronts, and Mr. Copeland spoke of “public-private partnerships” and how he preferred targeting “mature businesses” that might open a new branch store over startup businesses. The new brewery might offer evidence for this approach. We also already have the 2035 Plan in place, for what it’s worth.

Unfortunately, the meeting barely acknowledged the 800 pound gorilla in the room. With Old York Road making our downtown a pedestrian wasteland, Mr. Copeland didn’t tell the committee what it really needs to hear: Downtown Jenkintown will never be revitalized until parking is restored on Old York Road. Of course, that won’t happen until PennDOT gives the idea its blessing, and that won’t happen until someone in power in Harrisburg orders PennDOT to do so. Any money spent on Mr. Copeland’s services is money down the drain until the state tames Old York Road.

Let’s give pedestrians their own Jenkintown

Alternatively, we could just rezone a chunk of Jenkintown and foster commercial development there. This is not a new idea. Historically, centers of commerce have shifted within municipal borders thanks to the establishment of transportation, business, or government hubs. It happened in New York with the construction of Grand Central Terminal. In Framingham, Massachusetts, the established stagecoach services forced the route of the railroad to the south, where a new downtown quickly sprouted. Keswick Village grew up around the trolley line that took riders out to Willow Grove Park.

Why Jenkintown’s commercial district didn’t gravitate toward its train station remains something of a mystery. as are many things about Pennsylvania. When developers replaced the factories along the tracks with single-purpose office structures, Jenkintown missed a major opportunity. Imagine instead our own Keswick Village filled with shops, offices, and residences, seamlessly connected to SEPTA’s far-flung transportation network. Imagine a real transit village, and we could happily concede Old York Road to the traffic gods.

We appreciate the fact that most if not all of the people in this town would like to see Old York Road returned to its former glory. Concerts, banners, and lip service won’t do it, however. Someone needs to step up and finally slay the dragon that has stretched across our town since the day PennDOT ripped out the parking meters.