HomeLatest NewsIf at first you screw up… 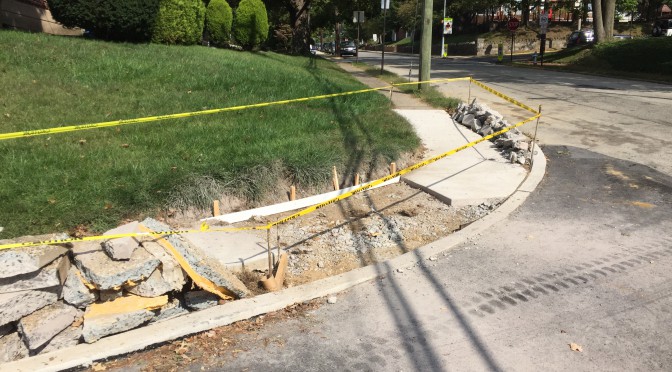 Around 2008 or so, Jenkintown Borough embarked on a round of construction to make its sidewalk corners compliant with ADA regulations.

We remember when the corners at West and Walnut and several in the commercial district were rebuilt. And then, the Borough did them again. We wish we had inquired earlier why the Borough found it necessary to spend even more tax dollars to redo the work. Perhaps someone forgot to read the actual regulations?

Looks like it’s deja vu all over again here at West and Runnymede. Could someone from the Borough let us know why they didn’t do this right the first time? Why the do-over?

Also, it looks like when the Borough repaved Runnymede, they forgot to include the traffic light sensors at the intersection with Walnut. Yesterday, they repaved about thirty feet of road on both sides of that intersection. Oops.