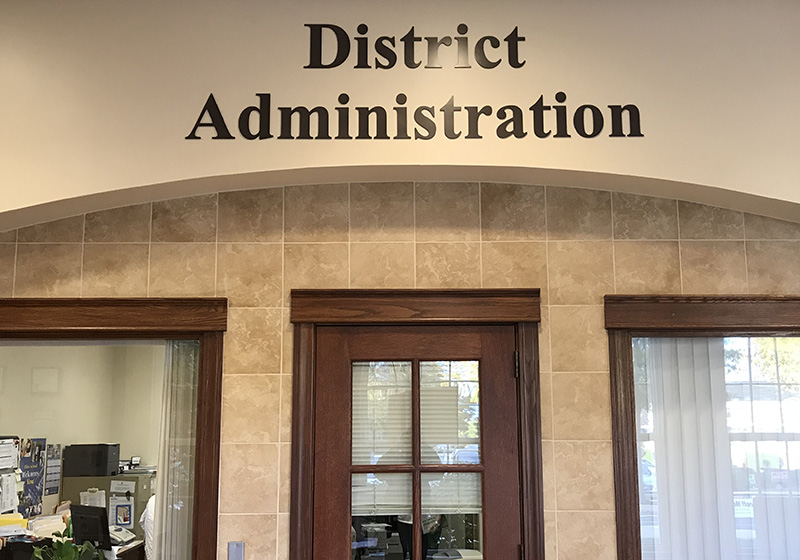 Dr. Takacs suggested that I do my research on the school budget, and so I have. In some ways, it’s even worse than I originally believed.

Dr. Takacs asserted that a capital budget can’t be used on things such as lunches, pencils, and laptops, and she is of course correct. What she didn’t say is that this capital budget comes from yet another $1.2 million loan acquired by the school with no specific capital intentions. This additional debt adds to the district’s $19.7 million liability it services to the tune of over $1.2 million per year. The District’s total budget outlays for this year are projected to be $16.3 million, or $3.4 million less than its total debt.

I will admit to you right now that I’m not an accountant, but it sure seems an unhealthy place in which to be where your annual income is so much less than what you owe the bank. Maybe I’m wrong.

The original estimates for the vestibule came in at about $350,000. Why it escalated another $150,000-plus I don’t yet know, but in listening to the several of the meetings on Soundcloud, I heard a few people essentially agree with my take on this reckless expenditure.

Sadly, the one person who blew Dr. Takacs whole case out of the water, a clinical psychologist and a professor, who cited more effective methods of diffusing such dangers through proper counseling and a better prevention folded under Dr. Takacs withering — and largely unsupported by science — rhetoric.

So, no we can’t spend the half million on school lunches, but in truth, the picture is even worse. We’re borrowing the money for this folly.

I welcome anyone to step forward to fill in the details for me or to express their own feelings about this — as some already have. You can count on my complete discretion.

You can download the JSD budget from this link. You will NOT find it at their website.