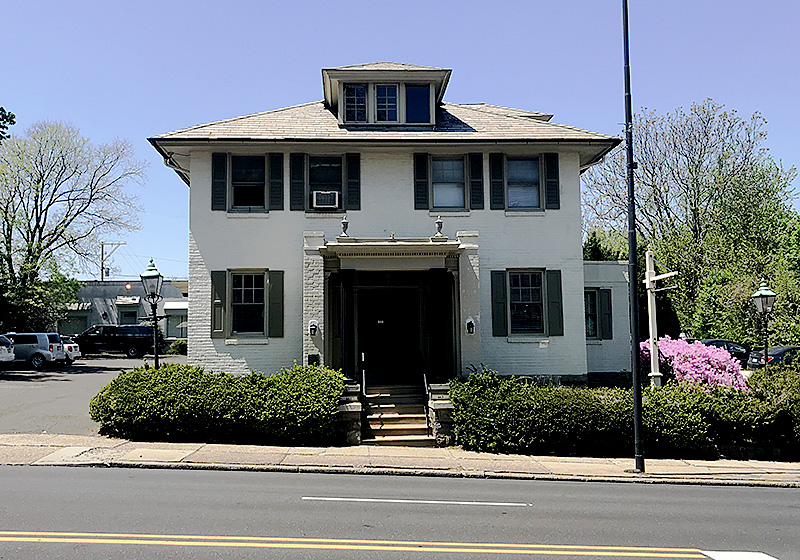 Council comes to its senses

Last night, Jenkintown Borough Council staged a pop-up meeting to decide whether or not it should continue supporting the idea of a Taco Bell with drive-through in a spot where its own zoning prohibits it. Spoiler alert: They rescinded their support by a vote of 8-2, although this motion only removes their previous support of the idea. It does not mean that they now oppose it.

Voting “no” was council vice president and social media bully Rick Bunker and David Ballard. Chuck Whitney and Christian Soltysiak were not in attendance. Kieran Farrell and Melissa Young literally phoned it in.

This evening’s meeting turned out about thirty people, including the president of Summerwood, Scott Hummel, the prospective buyer of the property, and their attorney. They and exactly one other resident spoke in support of this development.

First, a note about transparency. Council President Deborra Sines-Pancoe has repeatedly expressed her commitment to transparency and making every effort in that regard. So, if you find yourself laughing out loud the next time she brings up the topic, no one will blame you. The Borough created that PDF only two days before the meeting and it posted it online sometime between then and yesterday afternoon when we discovered it. It did not send out an email, post a notice on their Facebook page, or put anything on its own website news feed. That is not commitment. That is lip service.

Much of the argument in favor of a single-story fast-food franchise, surrounded by a parking lot with drive-through open seven days until 2 A.M. centered around tax revenue projections. These claims came accompanied by more falling-sky predictions for the school district if the Borough denies Summerwood the opportunity to send even more critical density necessary for a viable central district to a landfill.

If Mr. Bunker would only look up from his taco plate and actually do the research … he might understand that favoring automobiles over pedestrians has historically destroyed downtowns.

However, new information emerged about the fallacy of a tax-receipt windfall from Taco Bell. In terms of gross business revenue, the two firms currently occupying the Hellweg building already generate roughly the same amount as a typical Taco Bell. On the raw financials alone, the opposition drove a stake into the heart of the variances. This project can claim no advantage to the borough or the school district that should compel the ZHB to override.

Also of note, one resident pointed out that the Hellweg family never advertised its property for sale. We still don’t know the details on how Summerwood and Mr. Hummel got together on this deal, but we may never know what might have happened if Mr. Hummel actually advertised this property. Developers are indeed not shy, as one resident pointed out, but they do tend to run in their own tribes.

Aside from the financials, Rick Bunker dismissed the opposition’s research out of hand and made an egregiously uninformed claim that the opposition cared only about aesthetics. If Mr. Bunker would only look up from his taco plate and actually do the research on the value of pedestrian-friendly development, he might understand that favoring automobiles over pedestrians has historically destroyed downtowns.

Jenkintown has a few bright spots, but York Road between Cloverly and Washington Lane continues to decline, both in terms of aesthetics and property value. In fact, the JSD has cited the declining tax base in the central business district as the primary reason for taking more money from homeowners.

This vote now leaves it up to the Zoning Hearing Board and PennDOT, which must agree to installing a new traffic light at the location — and not at York and Cherry. We’re told that the odds of PennDOT putting a light at Taco Bell’s entrance run somewhere between slim and none, but it should still bother residents that a bureaucrat in Harrisburg has so much control over the future of our town.

Credit for this vote goes to Tim Dibble and all those that signed his petition and those who contributed to their GoFundMe to pay for attorney Michael Yanoff’s services representing the anti-sprawl, pro-community position. We are grateful that a majority of Council reconsidered their position.

We made a correction to our description of Scott Hummel. He is not one of the current owners of the property as we had described, but seeks to purchase it from the Hellweg family for lease to Summerwood. If the ZHB turns down the variances, Mr. Hummel loses nothing.